The Absolute Hell of Raising a Strong Daughter 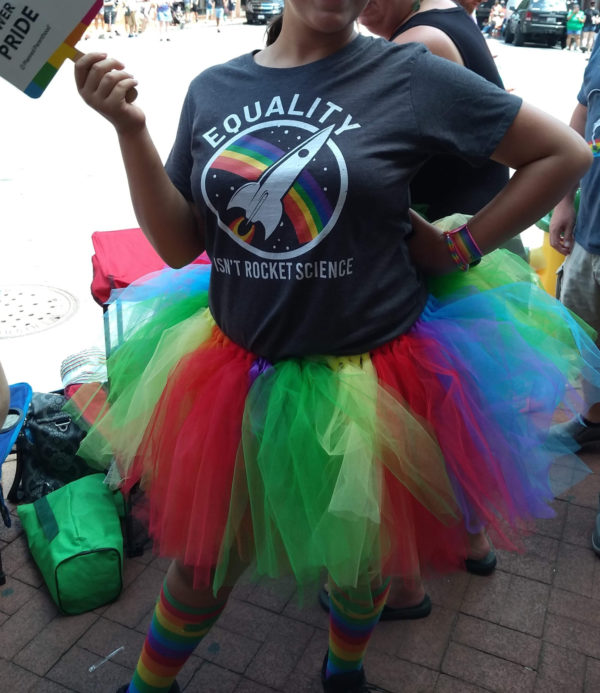 In The Great Gatsby, Daisy, the golden girl and Gatsby’s love interest, says of her daughter, “I hope she’ll be a fool. That’s the best thing a girl can be in this world, a beautiful, little fool.” I get that, because when a beautiful fool gets hurt by life, by the world that thinks so little of her, by men, that fool can retreat into whatever escapes she wants and will forget what happened to her; she will be ignorant and blissful. I understand that at a deep level, but that is the easy way out, and I never respected that girl who chose the easy way out.

I especially detest the parents who raised her to think the easy way out was the right way. My daughter is beautiful, but she is no fool. And for that I am insanely thankful, yet I know this world will hurt her, and that is the absolute hell of it.

I should be happier about the prospect of raising a strong, independent woman, and don’t get me wrong, I am delighted! I’m thrilled that in this day and age, where women are achieving rarely seen levels of activism, of sisterhood, of representation and support, my daughter can reap the benefits of that. However, women are not even close to achieving parity at virtually every level.

Women still average less than men in salary for the same work, they still only make up a small portion of elected officials and CEOs, and overall they fall behind in every leadership position, all this according to Center for American Progress. It’s even worse if you’re a woman of color, which my daughter is.

That’s the absolute hell of it. I am raising a self-aware, strong, young woman who knows that she is going to go forth and change the world, but people are unbelievably resistant to change. While she has an idea that it will be tough, she doesn’t yet have a real understanding of it, and I can’t protect her from that.

My daughter has been called “lesbian,” “dyke,” “dog,” and probably worse, because she refuses to maintain the status quo of just letting people continue to say and do what they have been saying and doing to girls, boys, people of color and people of the LGBTQ community for decades. She was being harassed and she decided to stand up against them. She decided to write about the problems she saw going on at her school in a letter to the principal. This letter resulted in a meeting with the administration. This led to a luncheon with them where my daughter, and some of those friends, discussed how they could change the culture in their school. In many ways, it worked. But there’s still a long way to go.

The little punk bastard who is at the locker next to her still addresses her only as “lesbian,” even after he was talked to by administration and teachers. He and the others are still harassing her because they all know she was the one who spoke up, but for everyone else it has gotten better. I was going to go down there to raise hell, but my daughter said to me, “It’s okay, as long as my friends are not getting made fun of anymore. I will get knocked down if I can lift ten of my friends up.”

Like I said, my daughter has wonderful friends, all of whom support her and give her strength, but I can’t help but wonder which of them would stand up for her against those same people. I hope all of them because she clearly would stand for each of them. And that is the absolute hell of it: I just don’t know. I don’t know if she’ll be okay, I don’t know if those friends will back down when she needs them, I don’t know if the world will have its way with her. All my wife and I can do are give her the tools and knowledge to mend herself, and a safe place to do it.

I want to end this post with a quote from my daughter’s letter to her principal. She said, “I want to open people’s minds to the world that differs from the one which they see as their own, and the only way to do that is to educate them. Education is the strongest weapon, able to move the world.” Where she saw hate and ignorance, she saw an opportunity to teach and enrich, not to punish. The world may break her, but the cracks will be filled with gold, and when she rises back up, she’ll shine all the brighter.

8 Ways to Create a Romantic Home

26 teams and counting: has MLS become too big for its own good? | Football

How Ballerinas Of Color Are Changing The Palette Of Dance

No Result
View All Result